What is United Methodist?

The United Methodist Church dates back to 1738 when John Wesley, a preacher’s son and himself a minister in the Church of England, began a ministry to the masses in industrial England. He preached on street corners to thousands of common laborers who were hungry for the message of Christ. Wesley organized societies stressing strict study and discipline to bring each believer in closer conformity to God’s will. The members of these societies were dubbed “Methodist” because of their methodical adherence to discipline, study and service. The first Methodist Church in the United States was organized in 1766 and became the United Methodist Church when it merged with the Evangelical United Brethren in 1968.

As United Methodists, we celebrate an open table for the Lord's Supper on the first Sunday of each month. We believe that the Holy Communion table belongs to our Lord and Savior Jesus Christ and not Riverside. All who believe are welcome to partake. 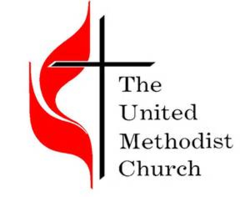